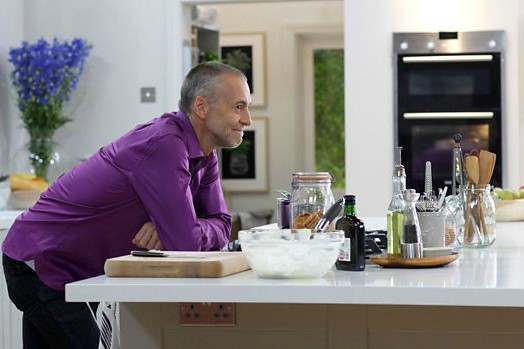 Guilty pleasures was the theme of an old Food and Drink programme I caught recently – and the pièce de résistance of indulgence came right at the programme’s end, when Michel Roux’s immensely rich, salted caramel and chocolate mousse was paired, for the mother of all sugar rushes, with Fernando de Castilla’s deep, dark and mysterious Antique Pedro Ximenez.

Heady stuff for Michel and the gang but what exactly is Antique Pedro Ximenez and why does it promote such rapture in all who try it?

Pedro Ximenez (or PX) is an intensely sweet, dark, dessert sherry made from the grape of the same name. According to legend, it is named after a German soldier, Peter Hirtzman, who in the late 17th Century decided to flee the fighting near the North Sea. As a wine enthusiast, he took a few vine cuttings and travelled to Jerez in southern Spain. Peter soon discovered that one of his grape varieties flourished in this warm, very non-German climate. In fact, the locals were so impressed with Herr Hirtzman’s wine, they began purchasing vines from him. In time the famous wines of Jerez, or Sherry, relied heavily on the German’s grape and his name, also given to the grapes, españo-morphed into “Pedro Ximenez.”

Most PX makes for a sweet toothed treat but the Antique Pedro Ximenez by Fernando de Castilla is, as Food and Drink highlighted, particularly special. How best to describe it? Well, there’s the sheer opulence, the multitude of flavours that mingle in your mouth – coffee, liquorice, sweet tobacco, prunes, figs, raisins, tea and a dozen other fleeting scents with a surprising lightness and delicacy – but more than anything it’s the way it makes you feel. It’s impossible not to smile when you’re drinking it, in fact it’s hard not to giggle, especially if you pair it with your favourite chocolate pudding.

Pedro Ximenez, unlike other dessert wines, can also be used as a sauce, albeit a downright decadent one. In Jerez, ice cream is traditionally served with a PX topping and an accompanying glass as well, which makes for quite a double-whammy. I’d certainly recommend serving it with ice cream and can assure you that if you claim it as something you “rustled up” earlier your guests are sure to be impressed. Just make sure your kitchen chicanery isn’t exposed by leaving the bottle lying around – unlikely, you’ll have drunk the rest.

The complexity of flavours to be found in the Antique Pedro Ximenez is a result of its production in a solera system. Essentially this system, is an ingenious process to blend old and new wines together. By the time the wine is bottled it’s a magical concoction of wines ranging from thirty to a hundred years old. Most importantly, the resulting wine will be imbued with the characteristics of all its differently aged constituent parts. When this process and the majesty of the finished product are considered it’s hard not to view this highly idiosyncratic sherry as one of the bargains of the fine wine world.

As you’d expect, the Antique PX has won countless trophies, the latest a gold at this year’s Sommelier Wine Awards, and the back story’s not bad either. In fact, the sherry story comes full circle with Fernando de Castilla’s Norwegian owner, Jan Petersen. For, he too, like the PX originator of legend, Peter Hirtzman, is a Northern European made very good in Southern Spain.